This is a great way of encouraging students to conduct vigorous research in preparation for a debate about the success/failure of a particular ruler. It can be conducted either as a way of revising and consolidating topic knowledge at the end of a unit, or as an intensive means of studying the topic for the very first time.

The incentive is that the teacher will be ‘in the dock’ as a historical character (e.g. Napoleon, Stalin, Hitler…) defending his reputation in the ‘court of history’ against a prosecuting team made up of students in the class.

Stage 1: Students prepare their case against the accused 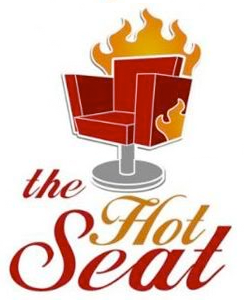 Each student will be given responsibility for a particular area of policy (e.g. women’s rights, economic development, religion, etc) and should try to discover a key piece of evidence that can be used to ‘prosecute’ the character in question. It may be the case that several students will be allocated the same policy; in this case, they can compare their findings later and decide upon who has the strongest evidence to use in the trial.

This can then be turned into a question in the following “Is it not true that…” format:

If time (and the ability level of the students) allows, each question should be accompanied by an ‘exhibit’ in the form of a source of some description (e.g. written extract, political cartoon, statistics etc).

Stage 2: The Teacher in the Dock

Ideally, the teacher should collect in the questions prior to the lesson, and collate these in a worksheet so that students can easily take notes as the trial proceeds without having to worry about writing down each question. More to the point, it allows the teacher some time to prepare their defence!

Each student should proceed to ask their question, and the teacher should give a vigorous response to it – for example, the evidence provided by the questioner might be incomplete or unreliable.

Because the students have been in full ‘prosecution’ mode, they are unlikely to deliver an ‘innocent’ verdict under any circumstances! To combat this problem, tell the students that they need to decide the charges on which the accused is LEAST guilty. For example, if the charges focused on five different counts (e.g. religion, economics, society, politics, military) then each member of the class will raise ‘two hands’ for the issue where evidence of guilt appears weakest, and one hand for the second-weakest area. The charges can then be ranked in terms of how convincing the case against the accused appears to be. I find this works better than asking students to vote for the MOST guilty areas – in these cases, they inevitable vote strongly for the area they campaigned for in the trial and the results become too predictable.

Each student should conclude the exercise by producing a write-up answering the key question. For older students this can be in the form of an essay.

Costumes are great for these sorts of exercises. I have a collection of barrister’s wigs and gowns that can be used by the prosecutors which can be easily purchased online at Ebay or Amazon. 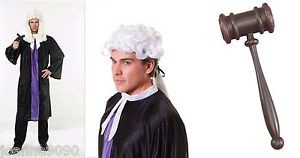