A great way to get students familiar with the key events of a historical person’s life and consider concepts of significance.

Provide students with a timeline of events. Read it through as a class then each student circles off four events that they think will work particularly well on the cinema screen. The example shown here comes from my Unit on Martin Luther at www.activehistory.co.uk. 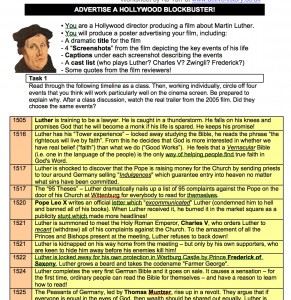 The students are then provided with the Hollywood Film Poster: Proposal Form, which guides them through the following questions:

Provide the students with a copy of a PowerPoint template with the main characters listed in it, and space for them to put alongside their choice of actors. From my experience this works well as a homework exercise and they always have great fun sharing these ideas afterwards: 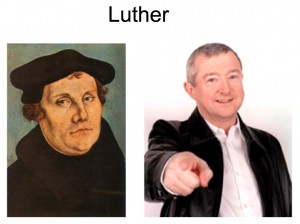 At this stage the students are ready to produce the poster using the Mark Scheme Template.

Some students might want to create an actual movie trailer rather than a poster (see the example above!)