After studying individuals, parties or organisations, challenge students to design a logo which summarises their essential aims, methods, successes and failures.

This is a task I regularly use as part of group work exercises based on The Apprentice, but lends itself equally well to the study of a wide range of other examples. 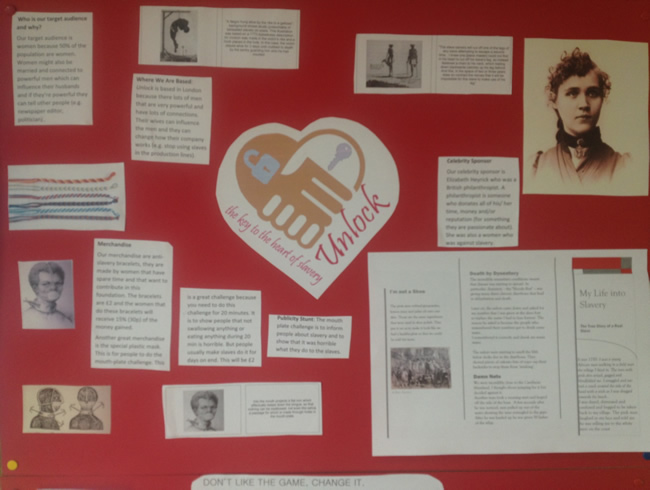 After a study of twentieth century Russian political parties (Bolsheviks, Mensehviks, Kadets, Social Revolutionaries…), students should summarise the fundamental beliefs, objectives and membership of each.

The idea could even be used to summarise the beliefs, actions, successes and failures of individuals being studied as a concluding task after a balloon debate or a knowledge cube exercise.

In order to identify change over time, students could design different logos for different periods for the same organisation to highlight its changing objectives, tactics and membership.

In order to provide some written detail alongside each logo, students should decide upon a slogan to go underneath each logo.

Each logo could be turned into a display piece in the form of a demonstration placard, with viewers encouraged to read about each organisation and decide which one they would have belonged to or had most sympathy with.

Another presentation idea would be to set up a ‘play with the display’ with other students invited to spot connections and contrasts between logos in the form of a Venn diagram, Triangulation or Matrix Grid.