Observations: Leopold von Ranke’s Historicism movement in the late 19th Century laid the framework for modern historiography. From the scientific methods of source analysis it promoted, historians quickly moved from describing “what” happened and towards a consideration of “why”. In the late 20th Century, however, the postmodernists argued that Historicism was fundamentally flawed: all historical sources were both biased and incomplete so it was impossible to reach any valid conclusions. This created “The Crisis of History” which has called into question the whole validity of the discipline. 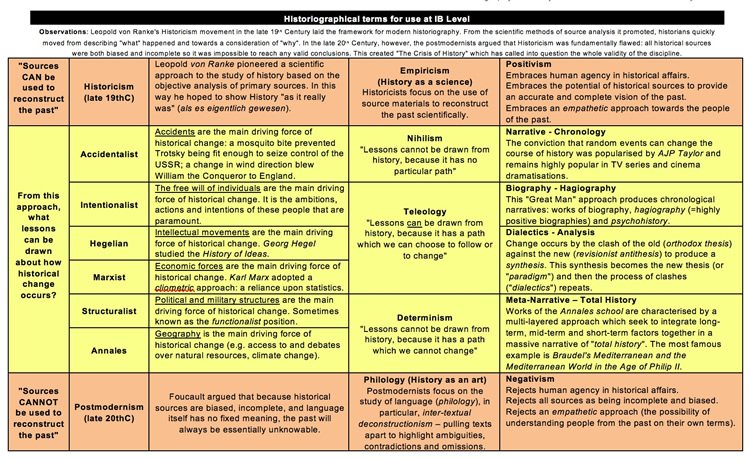