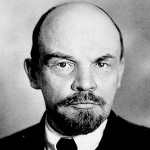 This unit is taught completely through roleplay! Each student takes on the role of a different Politburo member and researches ‘their’ perspective on the key issues facing the new Soviet state. The teacher takes the role of President Kalinin, acting as Chair. Each lesson then works through issues “as they arise” between 1918-24, with plentiful use made of primary sources and round-table discussions. As Lenin’s decisions on each issue are outlined, students can then make notes not just on ‘what happened’ but on how controversial these decisions were and how far Lenin was abandoning his communist ideology in favour of pragmatism; they will also get a very thorough understanding of the different splits in the party which Stalin is later able to exploit to such devastating effect.