One of many sets of model answers for IGCSE History (CIE) that can be accessed here: 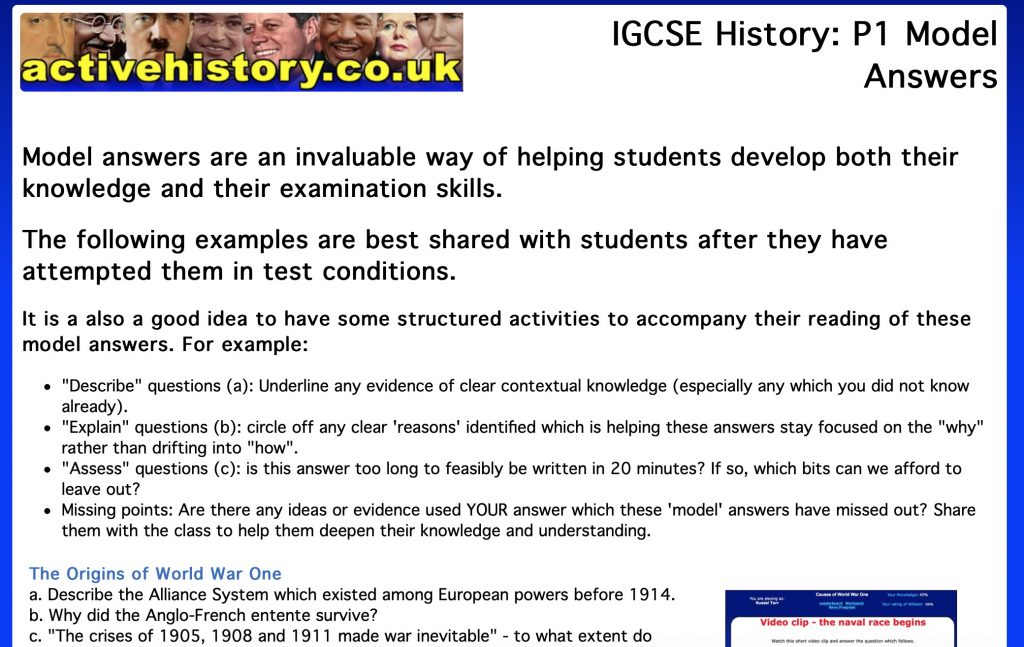