Roleplay: The Manchurian Crisis | Rolecards
This roleplay exercise is a great way to get students thinking about the possible courses of action open to the League. Students are given an essential briefing about the Manchurian Dispute, and are then organised into five groups representing different countries. Each country is given a role card outlining what course of action they favour, and oppose, and prepare their speeches. They then break into sub-teams to debate the issues and reach a verdict on how the League should react, before watching a video clip which tells them what actually happened. 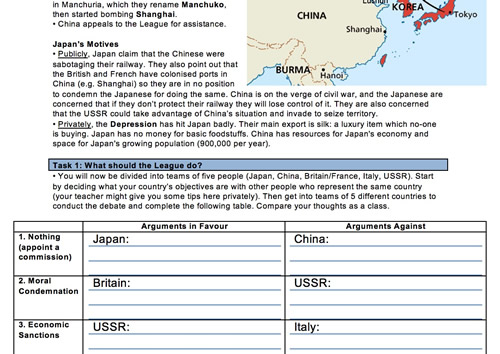