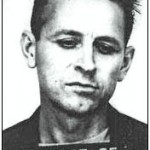 The Body on the Balcony EPISODE 2 – the Mystery Deepens!
With their curiosity inevitably piqued, students are now presented firstly with a photograph of the scene (remember, this is a genuine historical event). They are encouraged to distinguish what they now know for a fact, what they can deduce, and what they speculate. They then move on toexamine, compare and contrast two written sources. Finally, the teacher reveals the name of the person whose body was found on the balcony, plays an extract from one of his speeches, and encourages students to find out answers to some of the key questions raised by the sources (why was he killed? why was the murderer never put on trial? why were the witnesses never interviewed by police…?)