To help students decide how important a factor was in causing a particular event, ask them to consider whether events would have turned out differently without it.

To have validity, this ‘counterfactual’ approach should not descend into mere speculation. Instead, students should be prepared and trained to substantiate their assertions with evidence to help build a case for a given factor being a genuine cause, a mere catalyst, or downright irrelevant. It also gets students thinking about some deep questions about causation such as the intentionalist view of history (which places an emphasis on the actions of individuals) as opposed to the more deterministic structuralist interpretation (which focuses instead on the role of institutions and  deep-seated conditions). From there, it is a short step to the philosophical discussion about free will versus determinism. It is also an approach which has been pursued by major historians such as Sir Richard Evans and Niall Fergusson: 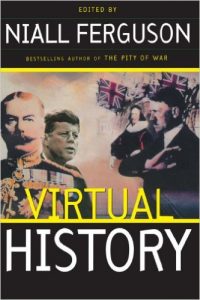 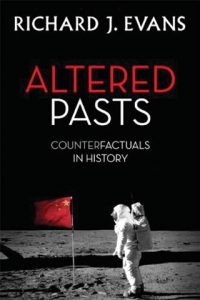 Example: Why did Hitler become Chancellor of Germany?

Step 1: Review the narrative
At the end of a detailed study of the causes why Hitler became chancellor of Germany in 1933, start by presenting students with a summary of what they have learned so far as a summary digest:

In 1921, a final reparations sum of £6.6 billion was imposed upon the Germans. Claiming that their economy was already severely damaged by territorial losses under the Treaty of Versailles, they claimed they were unable to pay. So in early 1923 the French and the Belgians invaded the Ruhr. Strikes and demonstrations led to complete economic collapse, and the government made things worse by simply printing off more paper money to ‘inflate’ the economy again. The result was hyperinflation, which wiped out life savings overnight and led to a surge of support for Hitler’s Nazi party. At this point, Hitler sensed an opportunity and launched his Munich Beer Hall Putsch. This was easily crushed by the police in clashes which led to the deaths of several Nazis. However, Hitler used his subsequent trial to promote his ideas and used his prison sentence to write Mein Kampf and to change his strategy (“We must hold our noses and enter the Reichstag). Meanwhile, Germany superficially recovered: the USA gave Germany a series of massive loans in the Dawes Plan (1924). However, in 1929 the Wall Street Crash sent the American economy into a sharp Depression. The USA called in its loans from Germany, which threw the German economy into another crisis and which once again led to a surge in support for the Nazi party. By the end of 1932 the Nazi party was easily the largest party in Parliament (although its support was already beginning to decline as the Depression started to fade away), and President Hindenburg was persuaded by his advisors to appoint Hitler as Chancellor in a coalition government in January 1933. Hitler rapidly manipulated the situation to turn himself into a dictator. Within ten years he had unleashed World War Two, which not only destroyed Germany but which also accelerated the collapse of the British Empire, the emergence of the USSR and the USA as world superpowers, and the declaration of Israel as a safe home for the Jews following the horrors of the Holocaust.

Step 2: From narrative to analysis: identify the key factors
The next stage is to discuss with the students what appear to be the most important factors explaining Hitler’s rise to power. To help with this process, different students could be encouraged to identify short-term, mid-term, and long-term factors; others might be asked to identify political, economic, or diplomatic factors. List these on the board and, if there are too many, reduce them down to the most popular (for example, by using the ‘factor auction‘ approach).

Step 3: Construct the counterfactual
This important stage involves constructing a feasible alternative scenario to what actually occurred in relation to the each given factor. These can be provided by the teacher, or formulated in groups. For example:
Factor = The ‘Backstairs Intrigue’ of von Papen and Hindenburg. Counterfactual = “In 1933, Hindenburg refused to appoint Hitler as Chancellor”
Factor = Hitler’s personal charisma. Counterfactual = “In 1923, Hitler was killed during the Munich Putsch” (or, as suggested in this cartoon, Hitler had been accepted into art school and never became the embittered war hero he became after World War One): 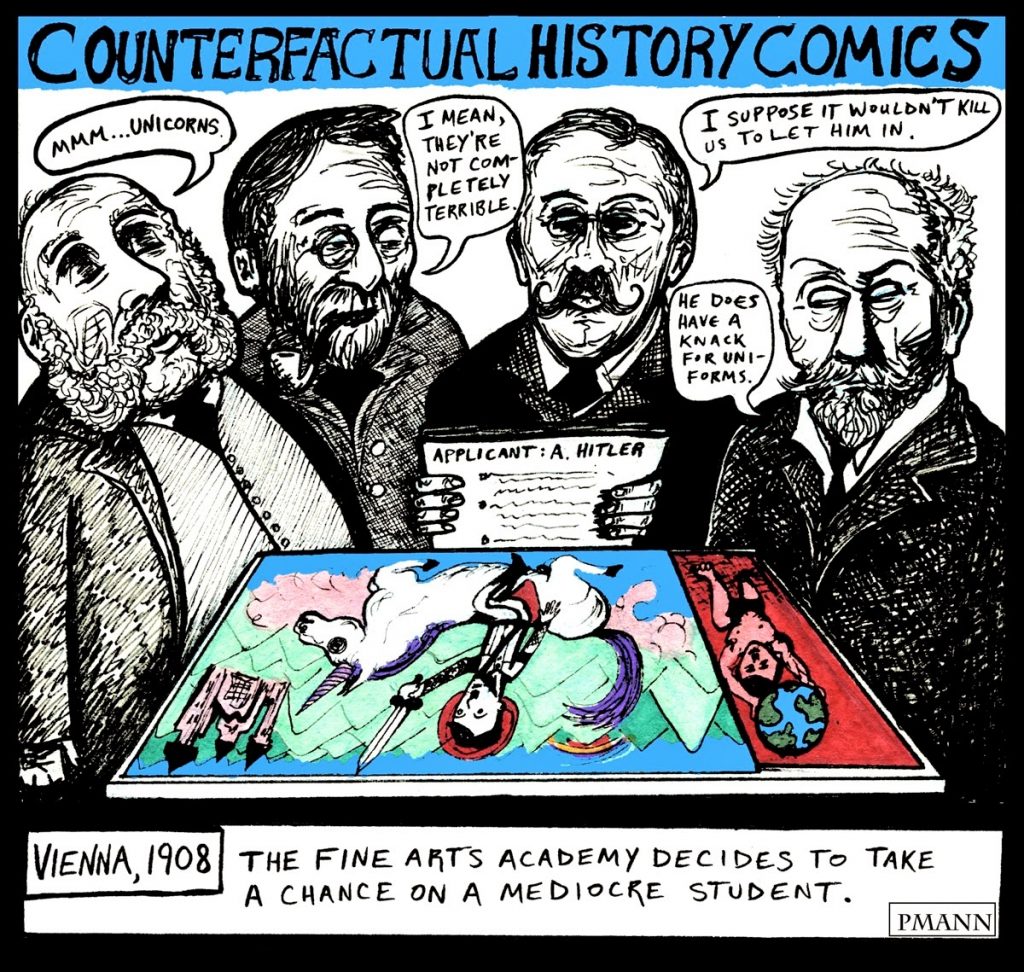 Step 4: Frame the question for consideration
Next, explicitly guide the students to consider what might have happened in these counterfactual scenarios by framing a clear question for consideration (“Will the party still get into power under someone else’s leadership after Hitler’s death?”, “Will the Nazis find it increasingly difficult to get into power due to Hindenburg’s intransigence?”). These can be accompanied by more open-ended questions that can apply to all the scenarios (e.g. Does the Weimar Republic become more, or less, stable? Does the leadership and / or strategy of the Nazi Party change? Does support for the Nazis increase or decrease? Does the Nazi party take power sooner, later or not at all?).

Step 5: Reflection and feedback
Students should then be given time to consider one or more of the counterfactuals, either alone or in small groups, before sharing their findings through jigsaw groups and/or a teacher-led discussion. They could then prioritise their factors overall using a tool such as a Triangle 9, a matrix grid or similar.

When students have finished their reflections, they could rewrite and develop the original account of events provided at the start of the exercise to reflect how things would have turned out had certain “What if…?” events had really happened.