When students conduct research on key individuals, get them to write up their findings on a cardboard cube, with each of the six faces covering a different theme.

After the class has exchanged its findings in the form of a balloon debate or similar, collect the cubes in and, as an extension activity, invite pairs of students to arrange these into a pyramid with the most significant characters placed towards the top. Take a photo of the completed pyramid with the students behind it, and get them to summarise their reasoning on a large sticky note.

When you have a number of these photos and sticky notes, pin them all on a display board outside your classroom, then place the cubes on a table and invite other students (and teachers) to do the same thing.

For several years I have started the term with my Year 9 / Grade 8 students by conducting an investigation into “Who is your history hero?“. Students start by deciding the personal qualities they most admire in others (based on the IBO Learner Profile), then decide upon which area of achievement they are personally interested in (e.g. ballet, basketball, politics, music, horse-riding, boxing, football, feminism….). They are then in a position to search the internet for such targeted things as ‘Most determined basketball player’ or ‘Most principled ballet dancer’ and so on. Once they have found a suitably heroic character, I then get them to summarise their findings on a cardboard cube, in the following format:

Here are some of the results my students came up with: 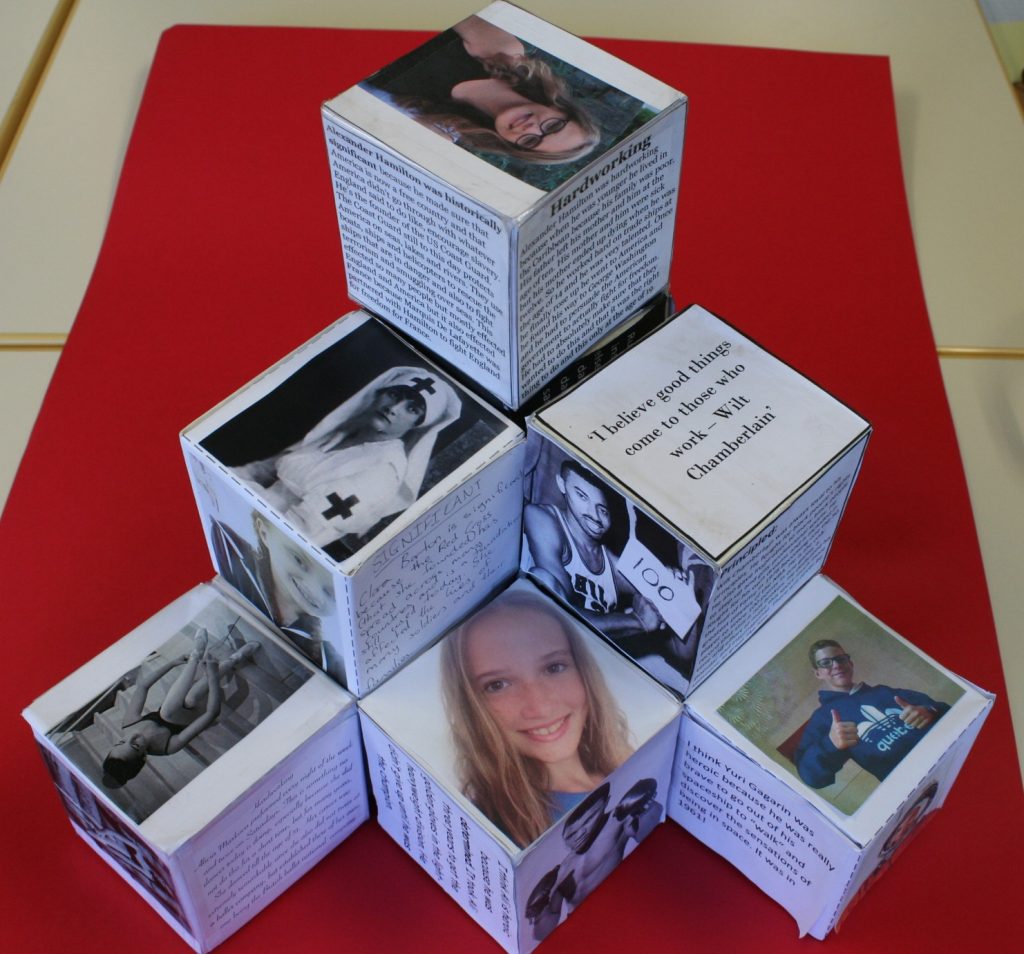 We then had a balloon debate to determine a whole-class “History hero” for the year, before I then invited different students (as an extension activity in different classes from different year groups, over several days) to arrange the cubes in a pyramid of their choosing, with the characters towards the top to reflecting the people they personally found most impressive. These photos were placed on display as outlined above, with the cubes left on a table for other students and teachers to do the same thing with at break times:

Cube Template (print out on A3 to cut out and glue)