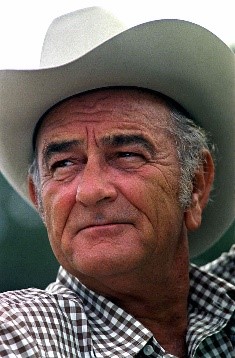 A new teaching unit on LBJ and the Great Society.

After the 1964 election, the Democrats held two-thirds majorities in both houses of Congress. This gave Johnson the mandate to realize his vision of a “Great Society”. Emboldened by his election by more votes than any president in history, Johnson prepared to inundate the 89th Congress with a flood of legislative proposals.
Johnson declared a “war on poverty” and challenged Americans to build a “Great Society” that eliminated the troubles of the poor.
By 1965, Johnson had devised and signed into law more than 200 pieces of major legislation, including a sizable tax cut, a billion-dollar anti-poverty programme, and a ground-breaking civil rights bill.