I’m grateful to Shani Hartley for introducing me to Lotus Diagrams. These are graphic organisers that help students break down a question into key factors or arguments and then methodically summarise the essential knowledge that can be used to substantiate each one of these.

In some respects Lotus Diagrams are similar to mindmaps, but they are more structured because they are more constrained in terms of the numbers of factors that can be considered and the number of substantiating details that can then be added.

I have developed two templates so far which I will be trying out with IB History students next week to help them prepare for an essay (“Analyse the roots of the Cold War before the end of World War Two”). I am going to present them with two options:

The first template will allow them to choose EIGHT factors. For each of these, they will then have a different segment of the diagram where they can provide EIGHT pieces of evidence and analysis to develop the point further: 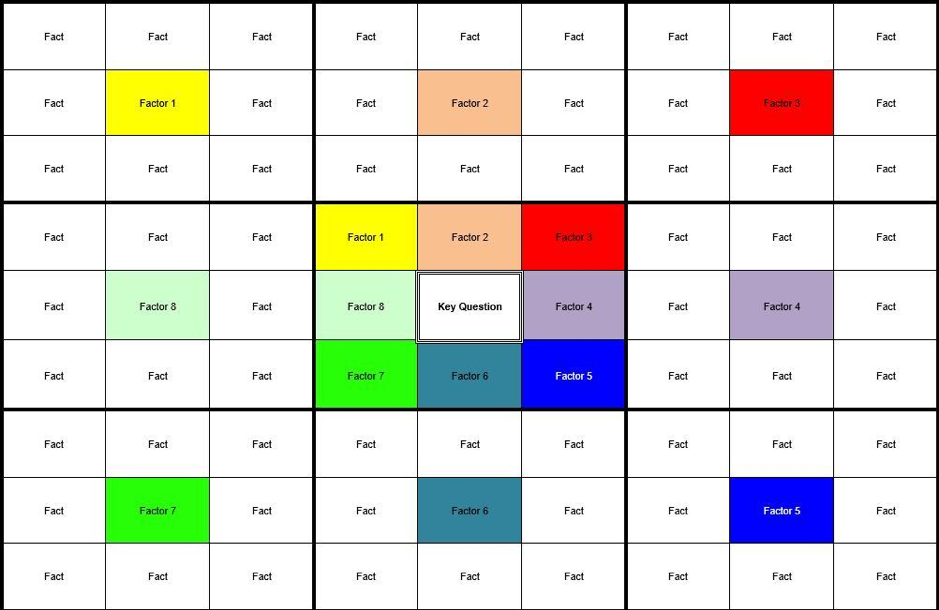 The second template will allow them to choose FOUR factors. For each of these, they will then have space to include a relevant memorable image (e.g. a political cartoon or similar) as well as EIGHT pieces of evidence and analysis to develop the point further: 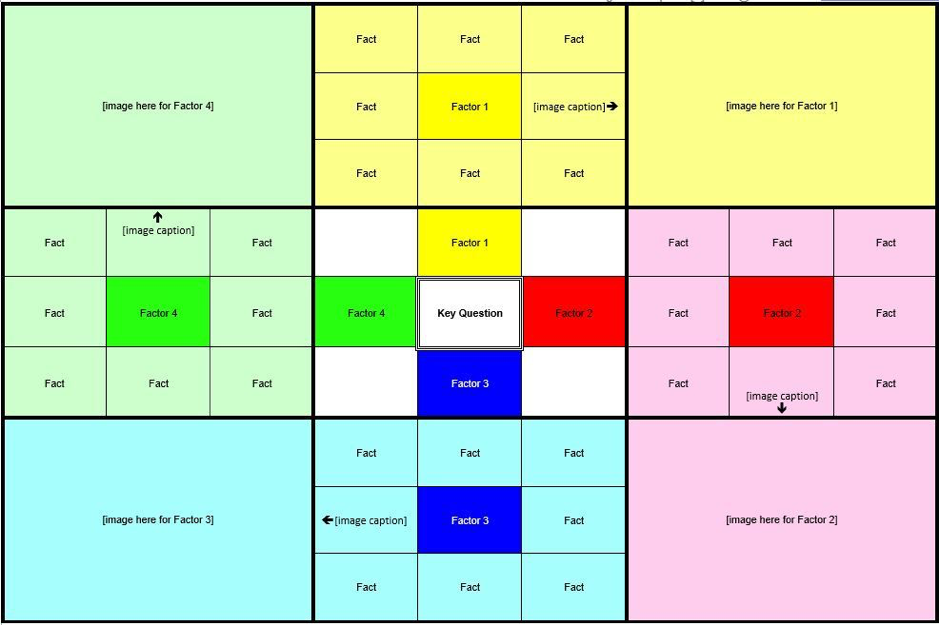 Make it a competition: organise the class into teams, and then challenge each one in turn to suggest a ‘fact’ to place into a box of their choice until all ideas have run out. For a further twist, award additional points for teams which use statistics or quotes in a particularly effective way. For a similar idea, read this post on Linkage Bingo.

Rather than using the eight-factor template or the four-factor template, students could instead collaborate on a Lotus diagram using sticky notes on the whiteboard, as per this virtual example from RealTimeBoard: