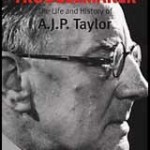 Main Task: Was Hitler’s foreign policy traditional, or unprecedented?
In this activity students use extracts from the Treaty of Brest-Litovsk, an Interview with Hitler, Mein Kampf and the September Programme to decide where they stand in regard to the Fischer controversy.

Part of the “Compare and Contrast the Origins of World War One and World War Two” unit at ActiveHistory.