Before the introduction of the new syllabus one of the criticisms of the IB was that it only allowed for the study of Modern History. In the new syllabus, however, teachers must decide whether to follow Route 1 (Medieval / Early Modern) or Route 2 (Modern).

Route 1 is a completely new syllabus of study that has been made available to teachers desperate to allow their students to escape from the tyranny of Modern History that dominates most GCSE courses. This option is Medieval in focus rather than Early Modern. For more details of this Route, click here.

Route 2 has much in common with the old IB syllabus, being a Modern History course, although with some significant differences.

▪ Paper 1 (sourcework) requires students to have studied either Peacemaking, Peacekeeping - international relations 1918-36 or The Arab-Israeli conflict 1945-79 or Communism in crisis 1976-89.

▪ Paper 3 (three essays) requires students to study one of the following regional options in depth. Each option is broken down into twelve topics of which students are expected to study three.

For example, the twelve topics within the final (European) regional option listed here are as follows:

1. The French Revolution and Napoleon
[ActiveHistory Study Unit for Year 9 - use as you wish!]

7. War and Change in the Middle East 1914-49
[ActiveHistory Study Unit for Year 9 - use as you wish!]
[I am teaching this Middle East unit at IB Level in 2010-2011, during which time resources will be made available on the site]

11. Post-War Developments in the Middle East 1945-2000
[ActiveHistory Study Unit for Year 9 - use as you wish!]
[I am teaching this Middle East unit at IB Level in 2010-2011, during which time resources will be made available on the site]

Observations on Route 2:
For most current teachers of IB, the new syllabus will require an adjustment to rather than a complete overhaul of existing schemes of work, although the opportunity now exists to bring in units of study on the Middle East. The biggest change is to Paper 1, which previously involved the study of either Stalin or Mao or the Cold War. Paper 2 has been changed less drastically: most topics studied by schools such as the World Wars, Communist and Fascist dictatorships and the Cold War still have a central place in the new examination. Nevertheless, there are some important changes here too: in particular, it is no longer possible to study international organisations such as the League of Nations and the UN in the new, narrower topic on "multiparty states", although conversely Eastern Europe has now been incorporated into the topic of "Nationalist and Independence Movements". Lenin and Mussolini have disappeared as recommended figures in the study of single-party states. 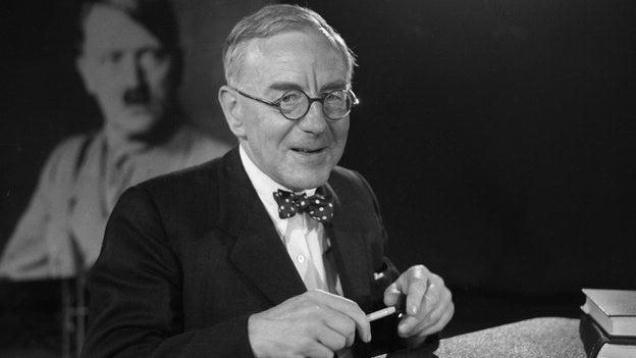 Upgrade to a full subscription!
You are currently browsing using a free trial.
Updgrade today to get full access!
Buy the book!

Events (900 years ago today): 1120 – Jordan II of Capua is anointed as prince after his infant nephew's death.