The Causes of World War One

This unit forms part of the World War One materials at ActiveHistory: 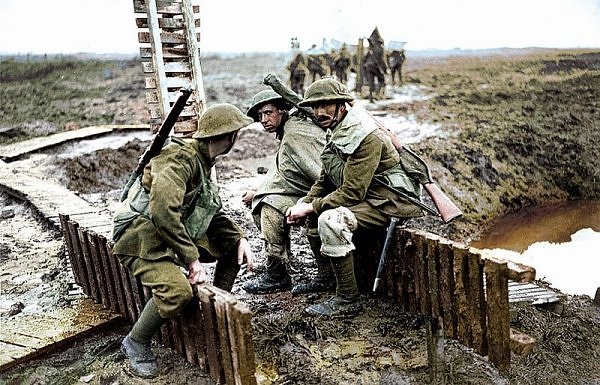 Causes of World War One

Life in the Trenches in World War One

Causes for Germany's Defeat in World War One

Origins of WW1 and WW2: Comparisons and Contrasts

The following materials are designed for GCSE/IGCSE level. 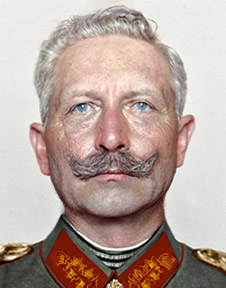 However, I also teach the Origins of World War One at IB Level where many more activities and resources can be located.

This handout sets up the topic by providing key facts about the war and asking students to consider how they would answer 'big' questions such as "In what circumstances would you be prepared to fight in a war? How can we prevent wars from happening? Does war have any positive effects? What is the purpose of Remembrance Day?"

"Imagine you are a reporter who is following all the events of the day. Your newspaper boss has asked you to keep him informed by telegram message about what goes on during the course of the day. Because of budget restrictions, he will only allow you to send him 10 messages of 1 line each. Keep the messages brief, and don't waste any words"

Your task is to investigate six assertions made by a famous BBC documentary about the Origins of World War One. For each one, determine whether it is: (a) Incorrect: Other vidence contradicts the documentary; (b) Inconclusive: Other evidence shows that historians disagree about this point (c) Imaginary: No evidence can be found which backs up this point.

The clash of Serb Nationalism with Austrian Imperialism

The tension between Austria and Serbia is explained through a focus on the Bosnian Crisis of 1908 and the Balkan Wars of 1912-1913.

The Bosnian Crisis and the Balkan Wars: Factual Test

A factual test in the "How certain are you?" format.

Interactive Simulation: Advisor to the Kaiser!

At this halfway stage, students should play the simulation for the first time. It is recommended that they complete the workpack on this occasion. The game is complete with media clips, a leaderboard and quiz questions - this decision-making adventure really gets students thinking about the important people, themes and events!

This game replaces an earlier, more basic simulation that can still be accessed here.

Factual Test: The Origins of World War One

This factual test assesses how much knowledge students have acquired so far from their studies. Students should take this test after the class has played the Causes of World War One keyword challenge [play the game | rule of the game]

This worksheet covers both the arms race on land (Russia and France v. Germany) and at sea (Britain v. Germany).

The Role of Kaiser Wilhelm II

Imagine you are interviewing Kaiser Wilhelm in 1914.
Come up with a series of questions you would like to ask him.
Now use the internet to produce a “beyond the grave” interview with the Kaiser.
Do this by researching answers to each of your questions, then getting “him” to answer them in the first person, present tense (ie "I think that..." rather than "The Kaiser thought that...")

This key period - often overlooked by students who say that the assassination was simply followed by a 'domino effect' of countries declaring war - is approached in a 'decision-making' format. "Your teacher will provide you with a “decision point” for the first event. Discuss with a partner or in a small group what the best policy would be for the country in question. Discuss as a class. The teacher will then tell you what actually happened. In the first column of “5 July” write this down. In the second column of the same row, note down if this could be used as evidence that a particular country was to blame for the war, or maybe innocent. You will then move on to the next decision point. Repeat the process until the table is finished".

How could both the Kaiser and the Tsar use these telegrams to "prove" they were not responsible for the war breaking out? Which of these two men do you think most genuinely wished to avoid war?

Classroom Trial: Who was to blame for World War One? | Teacher Notes

Each person in the class will be given a number (1-6). Each student's task is as follows:
1. To frame TWO prosecution questions against ONE particular country, in this order:
Examples (in this case, against France):
Is it not fair to argue that you had humiliated Germany in the Moroccan Crisis?
Is it not true that your alliance with Russia forced Germany to develop the Schlieffen Plan?
2. For each question, have evidence to back up your point.
3. In the lesson itself, each group of students forming questions against the same country should be provided with the questions shown below, with the option to use these instead of their own questions if they wish. Each group will decide on its best two questions.
4. The questions will then be written into this table (ideally, have a version of it in Word open on the teacher's projection screen). Then, each group will be told which country they will defend, and frame / present responses to the questions formulated by someone else.
5. The debate should then take place. The voting procedure at the end of the debate will be (a) Raise both hands for the country MOST to blame in your view (b) Raise one hand for the country SECOND MOST responsible. The scores for each country will be added up to provide a class verdict.

Pie Charts: Who was to blame for World War One?

This self-updating Excel spreadsheet allows students to divide responsibility for the war between 6 countries in the form of a piechart, and explain their choices alongside. When printed off, these sheets form a colourful display and an interesting discussion point.

Historiography: Quotes about the Origins of World War One

"A. For each quote, decide which theme it relates to:
1. Nationalism and Imperialism | 2. Alliance System |
3. Arms Race | 4. Colonial Rivalry | 5. July Crisis
B. Circle off the best quote for each theme. Incorporate this into your summary sheet / essay".

"Your teacher will choose one (a), one (b) and one (c) question from this extensive list of past questions for this test, which will take place in timed conditions next lesson. As homework, you should consider how you would approach every question in this list".

Mr. Men History: The Origins of World War One

"In this task we will convert the story of the outbreak of the war into a fairy tale. The background will be provided to you. Your job will be to tell the story of how events unfolded using your knowledge of key events".

Professor AJP Sailor takes 5 factors and connects them together in endless combinations to help students consider the Origins of World War One and how to link factors in essays.

"Who Am I?" Challenge - The Origins of World War One

Each team will be presented with a clue about a key historical figure. They get 50 points if they guess it correctly. If they wish to 'pass', they get further (easier) clues but the points available steadily decline. An incorrect guess at any point means they get zero points for that round. You can play as many rounds as you wish. It's a great way to revise!

A comprehensive pack of sources and questions in the style of GCSE/IGCSE examinations, designed to be printed off at the beginning of the unit and used as homework exercises over the course of several weeks.