To what extent was the League of Nations a success? (1930s)

Focus Points
How successful was the League in the 1930s?
What were the long-term consequences of the peace treaties of 1919-23?
What were the consequences of the failures of the League in the 1930s?
How far was Hitler's foreign policy to blame for the outbreak of war in 1939?
Was the policy of appeasement justified?
How important was the Nazi-Soviet Pact?
Why did Britain and France declare war on Germany in September 1939?

Specified Content
The impact of the World Depression on the work of the League after 1929.
The League of Nations: The failures of the League in the 1930s, including Manchuria and Abyssinia.
The collapse of international order in the 1930s
The increasing militarism of Germany, Italy and Japan
Hitler's foreign policy to 1939: - the Saar - remilitarisation of the Rhineland - involvement in the Spanish Civil War - Anschluss with Austria - appeasement - crises over Czechoslovakia and Poland - the outbreak of war.

Cartoon Analysis 1 | 2
Analyse a series of cartoons by hovering over details and answering exam-style questions. When you have finished, the computer will provide you with a printout comparing your answer to a model answer. A great way to revise and develop sourcework skills.

Causes of World War Two, 1919-39: An Google Earth flyover [interactive]
Designed as an alternative to the above worksheet. A Google Earth tour, complete with a worksheet, designed to teach students about the main events, but also to encourage them to reflect on the shifting pattern of international alliances. [note: needs Google Earth to be installed!]

WHO Caused World War Two? - Debate Task
The class is divided into various groups, each of which has the task of producing prosecution questions against one country, and defence replies for another. A thorough way of rounding off the unit and looking at the evidence from a fresh perspective.

The Historiography of World War Two: Was Hitler a Gambler, or a Planner, in Foreign Affairs?
The AJP Taylor debate is explained here clearly, with discussion points attached and reference made to other historians who have contributed to the debate. I use this at IB level rather than IGCSE, although it could be a good extension activity for more able IGCSE students. 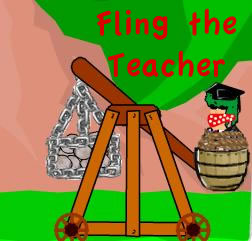 Ideal for a starter activity. Outline the main task for the day at the beginning of the lesson. Then, give students 10 minutes to play the game. Anyone finishing within the 10 minutes should get points reflecting the amount of minutes left on the clock, then move directly on to the main task for the lesson whilst the rest of the class continue to play.
Repeat this format for ALL your revision lessons to create a "Revision Leaderboard" with a prize given to the overall high score at the end of revision time.

"Who Am I?" Challenge - International Relations in the 1930s
Each team will be presented with a clue about a key historical figure. They get 50 points if they guess it correctly. If they wish to 'pass', they get further (easier) clues but the points available steadily decline. An incorrect guess at any point means they get zero points for that round. You can play as many rounds as you wish. It's a great way to revise!